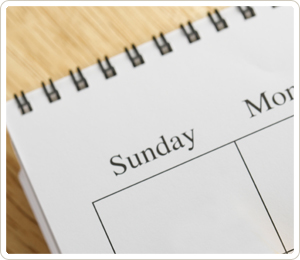 There is a lot of debate amongst different religions about which day the Sabbath is and what exactly we should and should not do on that day. This blog post is not about that.

Most people, at least most people I know, consider Sunday to be the Sabbath. It’s a weekend, so most people have off work. It’s a day we can rest. And it’s the day we go to church so it is connected to God which makes it convenient.

I am reading through Matthew and I came across this discussion on the Sabbath. The Jewish leaders believed that the Sabbath was a day of total rest. You don’t work. You don’t play. You don’t go bowling. You don’t do anything on that day. And then Jesus comes along and throws a wrench in all that, as he did so many times throughout his time on Earth.

Matthew 12:2-8 (NLT)
2 But some Pharisees saw them do it and protested, “Look, your disciples are breaking the law by harvesting grain on the Sabbath.”

3 Jesus said to them, “Haven’t you read in the Scriptures what David did when he and his companions were hungry?4 He went into the house of God, and he and his companions broke the law by eating the sacred loaves of bread that only the priests are allowed to eat.5 And haven’t you read in the law of Moses that the priests on duty in the Temple may work on the Sabbath?6 I tell you, there is one here who is even greater than the Temple!7 But you would not have condemned my innocent disciples if you knew the meaning of this Scripture: ‘I want you to show mercy, not offer sacrifices.’

8 For the Son of Man is Lord, even over the Sabbath!”

And then Jesus goes on to school the religious leaders some more by asking what they would do if a sheep fell in a well, which must have happened often for him to bring it up. Obviously, you would work to get the sheep out of the well, if for no other reason than to stop the sheep from making that terrible noise. His illustration showed that it was crazy to think that you would never work on the Sabbath, and if helping a sheep out of a well was worthy of breaking tradition, then so would helping a human being.

Here is what struck me though, that little statement right at the end, “For the Son of Man is Lord, even over the Sabbath.”

This hit me for a couple of reasons.

First, it’s yet another time in which Jesus claims to be the Son of Man, the messiah, our savior, the guy everyone was waiting for.

Secondly, as I said up top, we generally use the Sabbath as our day to go to church. For many people, that might be the only day they think about God, or attempt any kind of relationship with him. Jesus is saying that he is Lord even over the Sabbath. Meaning, prior to this statement, he was not considered the Lord over that day – whatever day of the week it was. If there is any day he is Lord over, the Sabbath is definitely that day, right? Sunday, our Sabbath, is God’s day. Most of us get out of bed because we are going to church. It’s the first thing on the list after coffee. But here, Jesus seems to be saying that he is definitely Lord over every other day of the week, and now he is also Lord over the Sabbath. Does this strike anyone else as a strange statement?

What is says to me, in the simplest terms, is that Jesus is Lord over every day of the week. He’s not just something we do on Sunday before we watch football and eat Tijuana Flats. It’s not something we check off our list at noon and then carry on with the rest of our life. He is our every day. He is our savior. He is our strength. He is our example. He is Jesus.

Other Places to Find My Writing

Other Places to Find Me